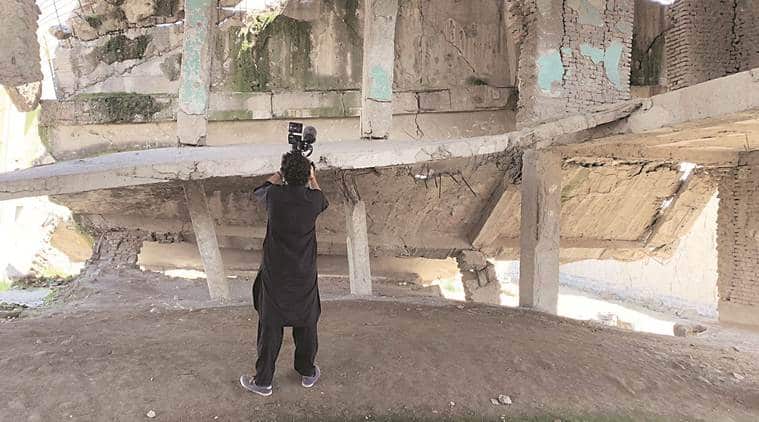 Sabhna jiya ka ik daata (There is only One giver of life, One God). To spread the message of oneness and to break barriers across faiths by engaging in spiritual dialogues, the founder of Sikhism, Guru Nanak Dev, travelled far and wide during the 15th and 16th centuries. From Mecca to Haridwar, from Sylhet to Mt Kailash, Guru Nanak visited hundreds of interfaith sites related to Hinduism, Islam, Buddhism, Jainism throughout his journeys (also called udaasis). At some sites, gurdwaras were constructed to commemorate his visit, and later his travels were documented in texts called ‘janamsakhis’.

Many of these sites, spread across nine nations — India, Pakistan, Iran, Iraq, China (Tibet), Bangladesh, Saudi Arabia, Sri Lanka and Afghanistan, are inaccessible due to travel restrictions or being located in conflict zones.

As the world celebrates 550th birth anniversary of Guru Nanak this year, one man is trying to document the ‘udaasis’.

Amardeep Singh (52), born in Gorakhpur of Uttar Pradesh and currently settled in Singapore, an independent photographer, filmmaker, writer and Sikh historian — has started filming a multi-episode documentary to chronicle and document Guru Nanak’s travels across nine countries. Travelling since January this year with his team, he has already covered Sri Lanka, Afghanistan, Iran, Tibet and Pakistan.

Singh, who already has two books to his credit — ‘Lost Heritage: The Sikh Legacy In Pakistan’ and ‘The Quest Continues’ — with extensive research and photographs of rare sites across 126 cities and villages in Pakistan, clarifies that his target is not Guru’s 550th birth anniversary or to rush the project in any way.

“We are still left with exploration of sites in India, Iraq, Saudi Arabia and Bangladesh. There are over 150 estimated sites to be covered in nine countries. It is an effort to preserve and keep fading memories alive. Our major challenge is that at least 60 per cent of the region traversed by Guru Nanak is presently in inaccessible or conflict zones. It wasn’t easy to take permissions and film in countries like Afghanistan, Iran, Pakistan and China (Tibet). For Guru Nanak, it wasn’t about traveling nine ‘countries’, these divisions did not exist then and for him it was a continuous journey to spread humanity…,” he says.

The documentary, likely to be released in 2020, will be called — ‘Allegory- A Tapestry of Nanak’s travels’.

“It is a journey to find the essence of his travels, the deeper quest of his philosophy…His travels were beyond realms of any religion. Younger generations these days do not read books. So we decided to document Guru Nanak’s travels in a visual form..,” he said, adding: “We have covered over 70 interfaith sites in five countries and over 80 are yet to be covered in India, Iraq, Saudi Arabia and Bangladesh..” Singh says that Guru Nanak did not mention about the travels in his own writings. “Sri Guru Granth Sahib is about spirituality and philosophy. He did not mention his own travels in it. They were later documented in janamsakhis….He travelled mostly on foot but other early modes of transport such as boats…”

During his travels across Pakistan and Afghanistan, Singh also found strands of ‘Nanakpanthi culture’ that still exist. “There are syncretic groups of people in this region still who are followers of Guru Nanak irrespective of them being Sikhs or Hindus. The syncretic faith of the ‘Nanakpanthi’ communities continues to be practiced in the Indus belt, which their forefathers’ followed before the Partition in 1947. They do not have a defining line drawn between cultures and faiths. People might identify them as Hindus or Sikhs, but Guru Nanak is the essential fabric of their existence. Temples and Gurdwaras, across these regions, both provide space to Guru Nanak, which is visible in the remnants of the frescoes from the past.”

Facebook, Razer, and LG are restricting employee travel to China amid coronavirus outbreak

January 28, 2020 Arpit Arpit Comments Off on Facebook, Razer, and LG are restricting employee travel to China amid coronavirus outbreak