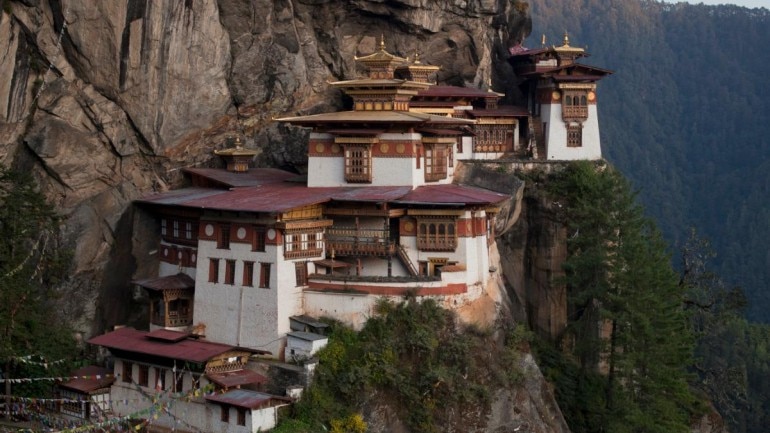 Bhutan for long has been an idyllic destination for Indian travellers. With its mesmerising beauty, stunning landscapes and the fact that it is just a stone’s throw away, Bhutan has been a favourite destination among Indian tourists. And more importantly, you had to pay nothing as fees to enter the country.

But now, a new scheme by the Bhutanese government is set to change that.

Ending the provision of free entry for Indian tourists into the country, Bhutan recently announced that it will levy a daily fee of Rs 1,200 per person from July 2020. Other countries included in the scheme are Maldives and Bangladesh.

The fee, called a Sustainable Development Fee (SDF), is a provision recently introduced by the Bhutanese government to help regulate the heavy tourist traffic in the country.

The SDF for Indian passport holders is quite less compared to citizens of other countries, who have to pay USD 65 (Rs 4,631) along with a compulsory flat cover charge of USD 250 (Rs 17,811) per day. The decision to introduce the fee was passed by the country’s National Assembly as the Tourism Levy and Exemption Bill of Bhutan, 2020.

Earlier, Indian nationals visiting Bhutan were only required to carry any of the two valid travel documents necessary, and did not have to pay an entry fee. The travel documents were an Indian passport with minimum 6 months validity and/or a voter ID card issued by the Election Commission of India. Indian citizens did not require a visa to visit Bhutan.

Indians travelling to Bhutan by road were only required to obtain an entry permit on the basis of valid travel documents from the Immigration Office of Royal Government of Bhutan at Phuentsholing.

Indians travelling by air were only required to carry their travel documents and entry permit and show them at the Paro International Airport. The entry permit allowed Indian tourists to visit Thimphu and Paro only.

But now, if you are planning to enjoy Bhutan, you will have to shell out more than you had to earlier.

Up Close With Serena Williams: Her Travel Obsession And Her Latest Side Hustle

November 12, 2019 Arpit Arpit Comments Off on Up Close With Serena Williams: Her Travel Obsession And Her Latest Side Hustle

June 24, 2019 Arpit Arpit Comments Off on People travel to J-K without permit due to Syama Prasad Mookerjee’s sacrifice: Amit Shah