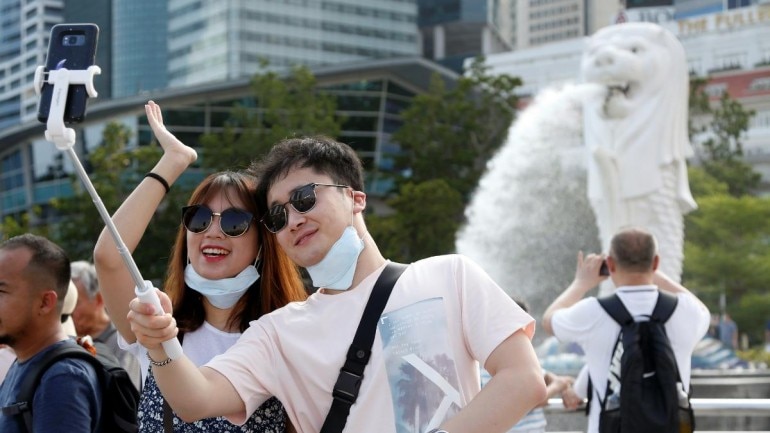 Travelling has become equivalent to a war because of the coronavirus. Photo: Reuters

The 2019 novel Coronavirus, now rechristened COVID-19, has affected all aspects of life. From people living a quarantined existence to countries being on lockdown and governments issuing advisories against travelling, the world has been hit like never before. Economies are spiralling down, the travel industry is grappling with the effects of a all-out pandemic, and it is chaos everywhere, from a developing Iran to a developed Italy.

Flying to a different country for a vacation or work at this time is being compared to going on war or a mission where your arms and ammunition consist of loads of sanitiser bottles and an N-95 mask.

Even though people are still travelling, their holidays now come with a proper set of precautionary instructions including what to do and what not to do. IndiaToday.in recently spoke to a few people whose travel plans were affected by the virus. But some also said they would get on that flight, come hell or high water.

My trip became one of those medical tourism things. More than the travel gear, I was worried about the medicines and the precautions that I had to take. But I will be in Saba, which is the extreme end of Malaysia, 3,000 km from Kuala Lumpur, which is why I decided to go ahead. I also spoke to some medical practitioners. I am going via Kuala Lumpur and will be at the airport for two hours, which will be mentally traumatising.

I spoke to doctors about the precautions and they asked me to avoid touching my face, the T-point, eyes, nose, and mouth with my hands when out, and that I should touch my face only after sanitising my hands properly. I’m carrying a bottle of sanitiser and 10 sets of surgical gloves, which are all disposable. One pair of gloves can be used for 4 hours max. So during the time at the airports, I will be keeping the gloves handy.

I booked my tickets in December, before this whole thing happened. Postponing the trip would have been difficult because it was a budget trip and most of my tickets are non-refundable. There was one point where I was hoping that the government would issue an advisory against travelling to Malaysia, in which case we would have gotten a refund.

I am also carrying two pairs of masks, one is a surgical mask and one is an N-95 mask. I have also been advised to not eat meat of animals that I do not know about. I have been advised to not eat street food. Seafood is safe. At this time, this trip feels like a mission and hopefully, I will complete the mission. Once I return, I will get myself checked; I have to return to my office and they also want to be sure, you know, that I am fine.

After Malaysia, I am also going to Vietnam. After reading the numbers, I am not that scared because in these places, the government and the authorities have taken precautions. They have sealed their borders and have restricted entry of Chinese people. A few of my friends have also been there recently and told me that if I take basic precautions like wearing a mask, using a sanitiser and washing my face when in public, I will be fine.

For precautions, I am carrying masks and surgical-grade hand sanitisers and gloves which I will be using during transits. There are no special precautions that I am taking because see, nobody has been able to find the definite source of this coronavirus and they do not even have a definite set of precautions, so it is completely uncertain. The best thing that can be done is follow basic precautions and use a sanitiser and keep basic hygiene intact.

I booked the tickets sometime in December, when nothing of this sort had happened. The idea of postponing did not cross my mind, not exactly; because I was keeping up with the stats and the cases that were coming up. I will be taking usual precautions like masks and sanitisers, and that’s all. I spoke to a doctor and he said it is a virus; so masks and all won’t help.

Anish Sharma (Flew from New Delhi to Bangkok and back)

I was in Bangkok from February 14 to 18. I had booked the tickets in December and at that time, I had no idea things were going to get so bad and that there would be a worldwide scare. I wanted to cancel the trip but some of my friends, who had just been there, told me that everything was fine. I purchased masks and decided not to be in the over-crowded areas. At the airport, I saw everyone was wearing a mask but in the city, be it Pattaya or Bangkok, people were roaming freely without any fear or mask. On the 1st day, I took precautions and went out with a mask, but then realised that I was looking like an alien, so I removed it and enjoyed the rest of my tour.

Stanley Chan (Flew from Singapore to Malaysia and back)

We also got in touch with a Singapore resident. Singapore is under lockdown right now. People are staying at home and the latest reports state that 106 cases of COVID-19 have been confirmed. The Indian government has also issued an advisory against travelling to Singapore.

He travelled to Malaysia recently and brought back a suitcase full of masks to sell to people back in Singapore. He told us, “I was a little scared; I had to take precautions. I was flying to Penang and Langkawi to meet my girlfriend and I had booked my tickets before the virus reached its peak. I thought about postponing my trip, but ended up flying on the same dates. For my precautions during the travel, I used some masks and hand sanitisers. I also saw that there were a lot of masks in Malaysia and there were not that many cases reported at that time, so I bought a lot of them and got them back.” 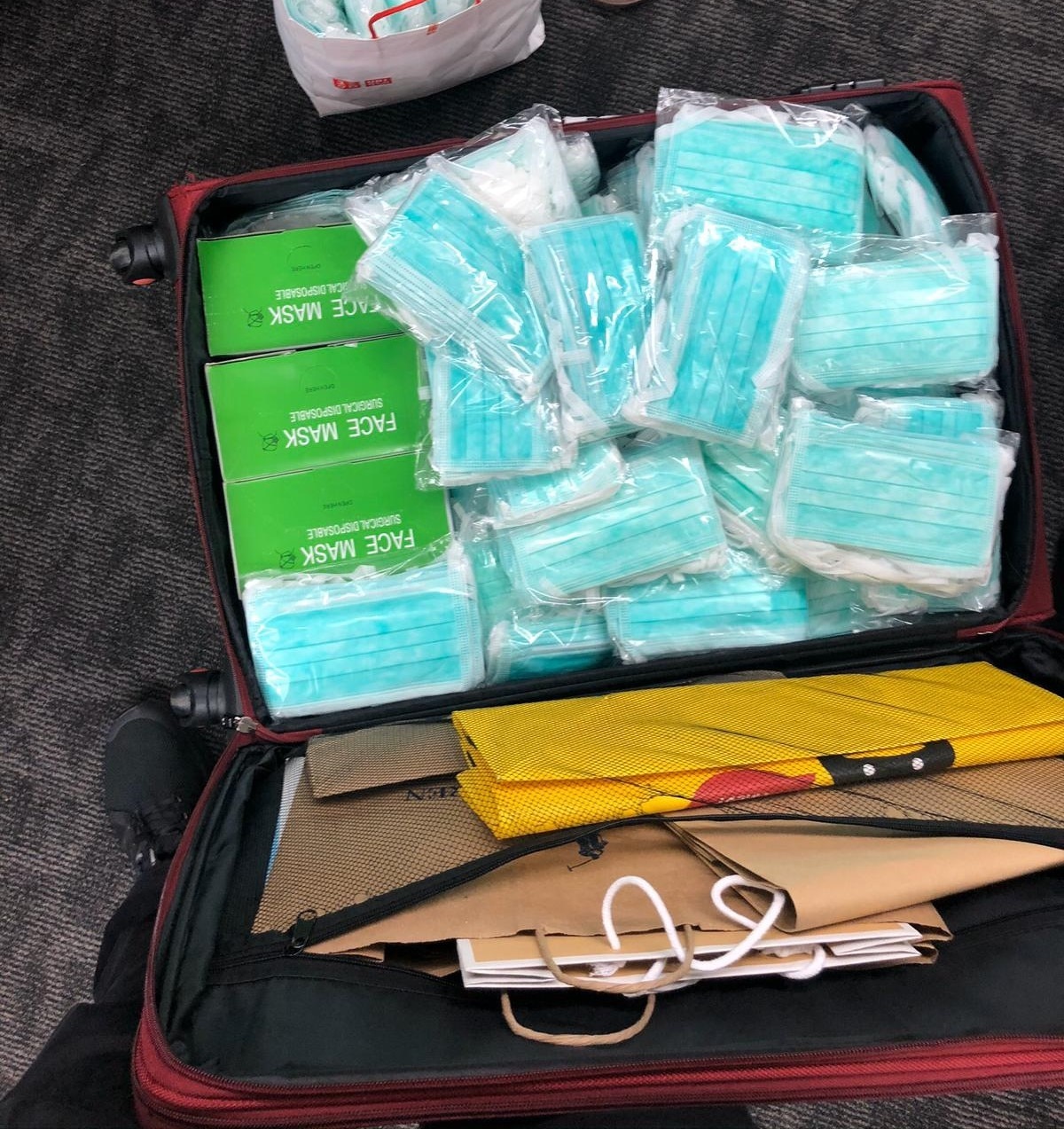 Chan then sold the masks to the people in Singapore.

I was supposed to leave for Barcelona (for Mobile World Congress 2020) on February 22, but the event itself got cancelled because of the coronavirus scare. I booked my tickets in January when the coronavirus outbreak was at its peak.

To be honest, I did not want to travel because you know this thing is spreading, so it is safe not to travel, but I was travelling for work and I would have travelled if it was required, but then the event got cancelled two weeks before the scheduled date.

The only thing that I was planning to do for precaution was keeping my hands clean, not touching things at the airport because the airports are dirty, you know millions of people crossing and touching everything. Other than that, I don’t think masks were really required at that time in Spain, because there were only one or two cases.

F8, which is the annual biggest event of Facebook also got cancelled because of COVID-19. The event, which was supposed to be held in San Francisco in April, has now been cancelled.

Facebook, Razer, and LG are restricting employee travel to China amid coronavirus outbreak

January 28, 2020 Arpit Arpit Comments Off on Facebook, Razer, and LG are restricting employee travel to China amid coronavirus outbreak