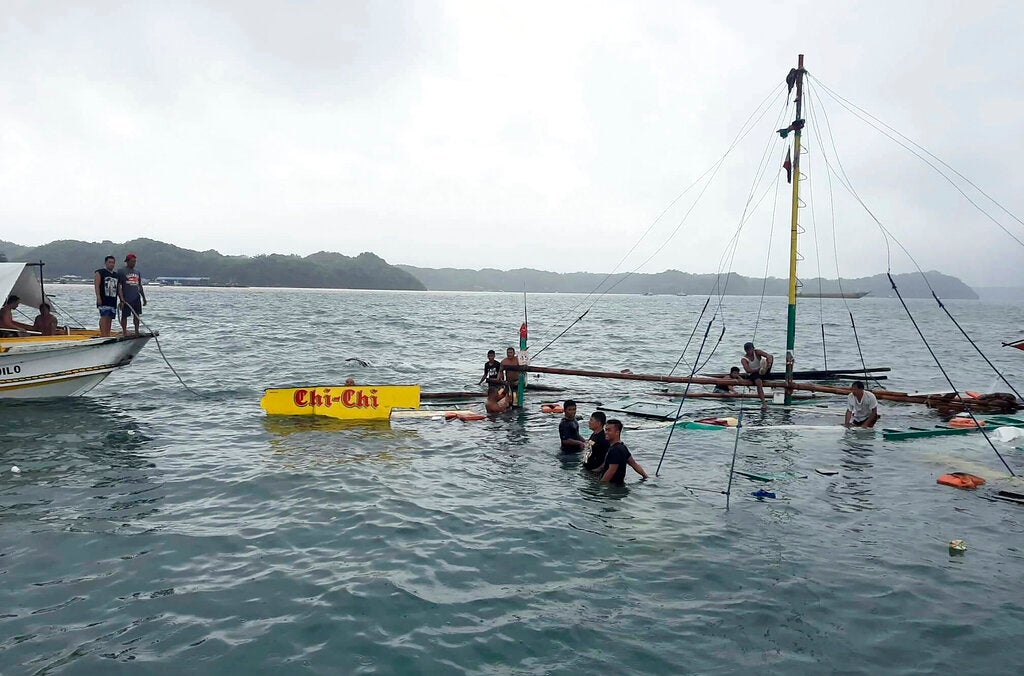 JORDAN, Guimaras, Philippines — Even as Guimaras grieves for those who died in three boat accidents on Aug. 3, residents are struggling to cope with the suspension of motorboat trips between the island province and Iloilo City.

“This is so far the greatest tragedy in the history of sea travel between Guimaras and Iloilo. It is difficult but we have to stand up with the help of various sectors and Guimarasnons,” Gumarin told reporters last week.

Thirty-one people died when motorboats Chi-Chi, Keziah and Jenny Vince capsized after being hit by squalls on Aug. 3 in the waters between Guimaras and Iloilo.

“Now that fatalities and survivors have been accounted for, [we have to] address the loss of livelihood of those affected especially the [owners and crew members of motorboats], and those in the land transport,” Gumarin said.

According to the governor, officials are also having difficulty with ensuring food supply and other basic needs of the province because 70 to 80 percent of these are brought in from Iloilo City.

Residents requiring medical services that cannot be provided by the provincial hospital also need to be transported to Iloilo City.

Guimaras, a former subprovince of Iloilo, has five towns: Jordan, Nueva Valencia, San Lorenzo, Sibunag and Buenavista. It is a popular tourism destination known for its pristine beaches and sweet mangoes.

“We expect that our tourism industry will be affected because of the tragedy and we need help to normalize our lives,” Gumarin said.

“We are thankful for the help extended by President Duterte. But we cannot be dependent on assistance. We need to recover our livelihood,” he said.

Motorboats plying between the ports of Jordan and Buenavista, and Iloilo City had been suspended since Aug. 3 after the accidents.

Ferries and fastcraft have been deployed to cater to 5,000 to 10,000 passengers going to and from Iloilo City.

Four ferries and two fastcraft are servicing Guimaras residents. Ferries charge P15 per passenger per trip, similar to the motorboat fare, while rates for fastcraft range from P40 to P70.

But these vessels have not been enough with thousands of passengers lining up daily at the Jordan port to get a ride.

According to Buenavista Mayor Eugene Reyes, students and employees, who have to go to Iloilo City and return to Guimaras daily, have been most affected by the suspension of trips.

Residents of Buenavista and San Lorenzo have to travel by land to Jordan at the opposite side of the island to board vessels that would take them to Iloilo.

Aside from owners and crew members of motorboats, tricycle operators and drivers and gasoline stations are also also affected because there are no passengers to ferry to and from the Buenavista port.

“It has a domino effect and we are struggling to provide help to affected families,” Reyes said.

Kerala boat race: Prayer on their lips, power in their sinews

August 9, 2019 Arpit Arpit Comments Off on Kerala boat race: Prayer on their lips, power in their sinews

Trio died when boat off Shoreham was almost ‘run over’

December 3, 2019 Arpit Arpit Comments Off on Trio died when boat off Shoreham was almost ‘run over’

THE DRONE BOAT OF ‘SHIPWRECK ALLEY’

March 7, 2020 Arpit Arpit Comments Off on THE DRONE BOAT OF ‘SHIPWRECK ALLEY’