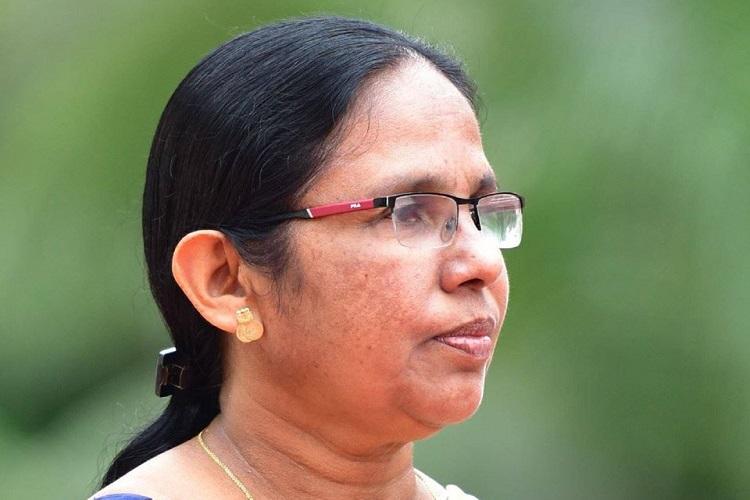 Kerala Health Minister KK Shailaja criticised the “irresponsible behaviour” of a family that had suppressed their travel history to Italy from health officials. The family of three as well as their two neighbours have since tested positive for the virus. Other than this, their grandparents in their nineties also have fever and will be moved to the Kottayam Medical College soon.

Calling it a crime to withhold information from health authorities, the Minister on Sunday said, “They behaved very irresponsibly. But our primary responsibility is to give them treatment and save their lives. This is why we are telling other people that this is a blunder, this is a crime. It is a crime to keep it under wraps that you have returned from a coronavirus affected country.”

The three people who returned to Kochi from Venice in Italy via Doha in Qatar on February 29 include a 55-year-old man, his 53-year-old wife and their 26-year-old son. Their neighbours, who have also tested positive for the coronavirus, are aged 65 and 61.

It was only on March 2 that the government announced universal screening at all airports. This family, according to Kochi airport officials, did not inform them that the original port was Italy. The family did not contact local health officials on arrival as repeatedly requested by the health department. While the three family members went to a private hospital in Pathanamthitta on March 4, they did not disclose their travel history to the medical staff there. It was only March 6 when the two neighbours went to the taluk hospital in Pathanamthitta complaining of fever that they informed health officials of the three people’s travel history. The same day, all five persons were quarantined.

Pointing out that the family’s responsibility has now put all those they came in contact with at risk of infection, Shailaja said the Health Department will now have to trace everyone they have met between February 29 and March 6. “Because of this family not revealing their travel status, the health dept will now have to work and fight now. If this family had told us earlier, we could have saved them, isolated them and everyone in the immediate surrounding. We are under so much difficulty now, we have to go to all the places they went to and trace all the people they met,” said a visibly angry Health Minister.

She also urged all those who have returned from places like Italy that have been affected by the coronavirus to inform the medical officer in their locality. Shailaja further noted the importance of quarantine in containing the virus, stating, “What are you going to lose if you are under quarantine? People don’t want to skip work, but if you are not alive then how are you going to go to work.” She also added “People may be coming from weddings and events. The maximum you will have to do is to skip the event or postpone it. Isn’t saving your life and those around more important.”

In February, the first three coronavirus patients in India were from Kerala. However, all three students who had returned from Wuhan in China, the epidemic of the coronavirus outbreak, have since recovered. Kerala’s health department had received praise for quickly containing the spread of the virus in February.

KK Shailaja pointed out, “People remember that there are many from the health sector who have been struggling for days to contain the virus. People have not taken leave. We are not saying this is difficult for us, this is our duty and we work day and night. Despite all this, to hide the fact that they came back from Italy is a crime they have committed to society.I have never used such harsh language. I am pained to say this.”

Appealing to people to be transparent about their travel history and to come forward if they display symptoms of COVID-19, Shailaja said, “How can anyone be sure that they won’t get it. The virus is incubated in the body for two weeks.”

The SARS-CoV-2, which is the name of the virus, spreads through sneezing, coughing and other droplets in the air.  The symptoms are cold, cough, fever, and shortness of breath or breathing difficulties.

Italy has 5883 confirmed cases. As of Sunday, the Italian government locked down much of the country’s northern region including Venice and Milan to contain the rapid spread of the virus.

Family travel on the rise this monsoon season

July 2, 2019 Arpit Arpit Comments Off on Family travel on the rise this monsoon season

June 24, 2019 Arpit Arpit Comments Off on How to make a road stop like a pro on your next family trip