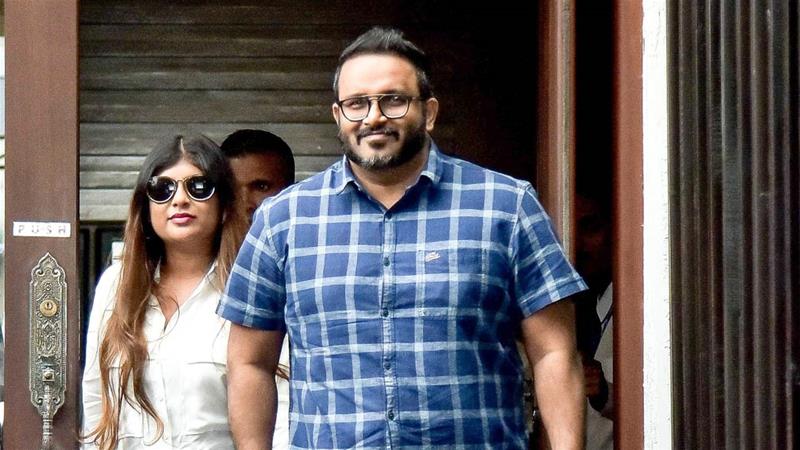 A former Maldives vice president accused of spearheading the island nation’s biggest corruption scandal has sought political asylum after fleeing to India as a stowaway on a tugboat.

Ahmed Adeeb, who spent three years in jail on charges of money laundering and trying to assassinate a sitting president, arrived at the port of Thoothukudi in India’s Tamil Nadu state on Thursday, according to ship-tracking data and a source familiar with the matter.

He boarded the Virgo 9 in the Maldives’ territorial waters on July 27, after the ship set off on its journey to India, said the source. The foreign crew tipped off the boat’s owners and authorities, the source said, because “it’s a pretty serious offence in shipping to take a stowaway”.

Adeeb was held for questioning upon his arrival at Thoothukudi, according to Indian media reports. The Maldives Independent, a local news website, posted a video showing Indian security officials at the port as the Virgo 9 was anchored off the harbour.

Raveesh Kumar, a spokesman for India’s Foreign Ministry, said in a statement that Adeeb was denied entry to India “since he was not entering [the country] through a designated entry point and did not possess” valid travel documents.

Hours later, Adeeb’s lawyer Toby Cadman said the former vice-president was seeking “the protection of India and has initiated the process of claiming asylum, having been subjected to a series of politically-motivated prosecutions, and attempts to coerce him into making false statements”.

Adeeb, who is due to face new trials on corruption charges in the Maldives, fled the Indian Ocean archipelago “in fear of his life”, said Cadman. The lawyer added: “I spoke to him briefly in the morning. He seems OK but is fearful for himself and his family.”

The Maldives police, in a statement, said it was seeking the former vice president’s return. “All persons involved in aiding [Adeeb] flee the country will be subject to a criminal investigation,” it warned.

“He has an active travel ban imposed by the Supreme Court and remains a subject of investigation for alleged misappropriation of state funds, corruption and money laundering,” it said, adding that Adeeb had failed to appear for “an investigative interview” on July 31.

The president, who assumed office in 2013, escaped the explosion unharmed, but his wife and two aides were injured.

Authorities in the Maldives swiftly moved to arrest Adeeb, and brought him to trial, first on charges of corruption relating to the theft of nearly $80m from state coffers from the lease of islands for tourism in the popular holiday destination, and later on accusations of plotting to kill Yameen.

The following year, he was sentenced to a total of 33 years in jail in trials rights groups called unfair.

The fallout between Yameen and Adeeb came against the backdrop of a wider crackdown on dissent. During the first three years of Yameen’s five-year term, nearly all opposition leaders were jailed or forced into exile, protests were banned, and several newspapers were forced shut.

The corruption and abuse of power under the pair were the subject of a 2016 documentary by Al Jazeera, titled Stealing Paradise.

Following his imprisonment in 2016, Adeeb sided with the opposition’s efforts to topple Yameen, accusing his former boss of “counting dollars” siphoned from state coffers while he, as vice president, ran the country.

Yameen, who denies the allegations, lost an election to the opposition’s candidate in September last year, resulting in the quashing of the sentences against most of his opponents.

But prosecutors appealed the rulings at the Supreme Court, which confiscated his passport.

Adeeb was freed from house imprisonment in mid July. Days before, he had written in a tweet: “I will face your investigations and I will never run away from responsibilities. No matter what anyone says, I love you, Maldives.”

Yameen is now on trial for money-laundering charges and prosecutors have named Adeeb as a witness against him.

“Adeeb was cooperating with us on all cases,” a senior security official told Al Jazeera on the condition of anonymity. “But maybe somewhere along the way he realised he might have to go back to jail because of the cases before the Supreme Court.”

The official added: “He was engaging with us. Maybe he was scheming to abscond all along.”

Overboard: Stories from off the boat

January 21, 2020 Arpit Arpit Comments Off on Overboard: Stories from off the boat