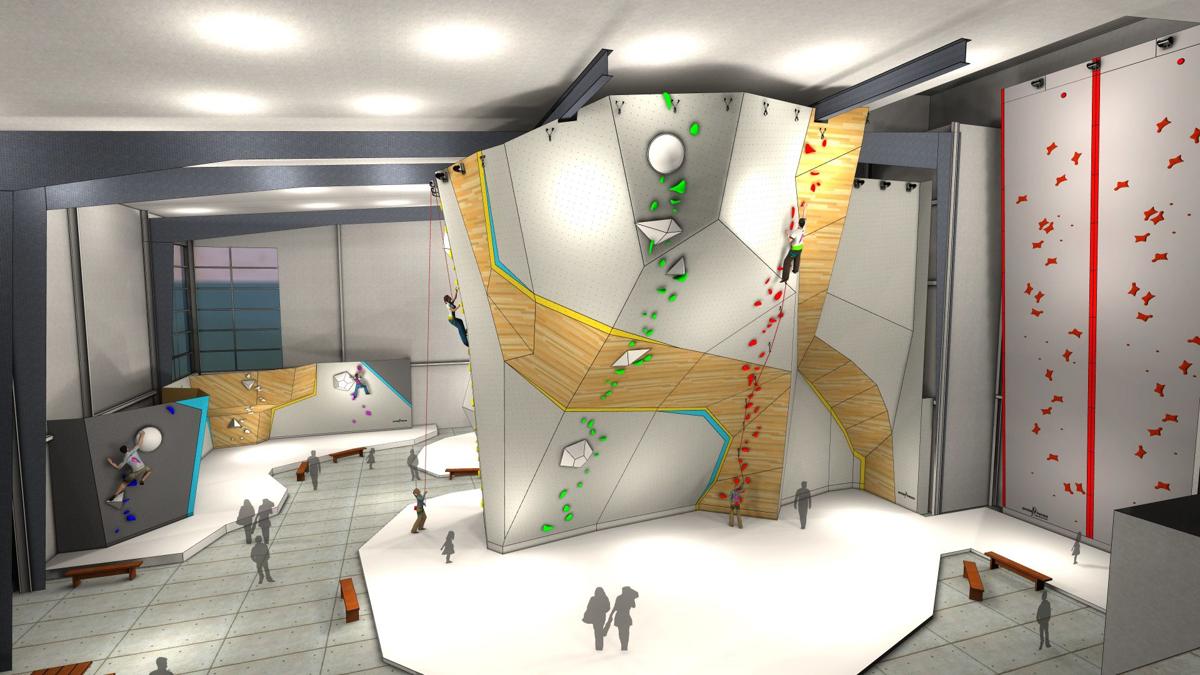 Rock climbing — as a sport and workout routine — has become more mainstream over the last several years, and so are indoor climbing facilities.

Often relegated to converted warehouses or other remodeled buildings, climbing centers now are more sophisticated in their design and locations are more accessible to users.

Case-in-point: Gripstone Climbing Gym, an indoor rock climbing center whose owners say will be one of the city’s largest, is taking shape on Colorado Springs’ busy northeast side — not tucked away in an industrial area, but a short walk, bike ride or drive from restaurants, shopping centers and homes.

Gripstone, which will have a height of more than 50 feet to accommodate climbing walls, is under construction at 6220 Tutt Blvd., southeast of Powers and Dublin boulevards.

Derek Waggoner, part of an investor group that is building the $8.5 million facility, hopes to open Gripstone by Oct. 15, although construction delays last winter might cause the opening to be pushed back a few weeks.

Waggoner said he first became a climber while living in Colorado Springs in the 1990s; he’s spent years in the industry and launched climbing gyms in Florida and Arizona over the last 22 years before moving to Woodland Park last year.

As home to Olympic athletes and other amateur sports, the Springs needs a new climbing facility, but hasn’t seen one in years, he said. Existing facilities include downtown’s CityROCK, Pure Bouldering Gym on the west side and the Springs Climbing Center in the north central part of town.

“Colorado Springs still does not have a state-of-the-art climbing facility that the town deserves,” Waggoner said.

Gripstone will have the only Olympic-caliber speed climbing wall in the state, he said. Other climbing disciplines will include top rope, bouldering and lead climbing; difficulty levels will accommodate beginners to experts.

Fitness classes, competitions and training camps also will be part of the facility, while climbers can sign up for long-term memberships or come for a day.

While offering a challenging workout, rock climbing also is popular because it exercises the mind, Waggoner said.

Fitness center members might jump on a treadmill, watch TV and get a workout in that way.

But climbers must repeatedly decide which move to make to successfully scale a wall, he said. The strategizing leads to socializing, as climbers share their knowledge of overcoming a particular route, he said.