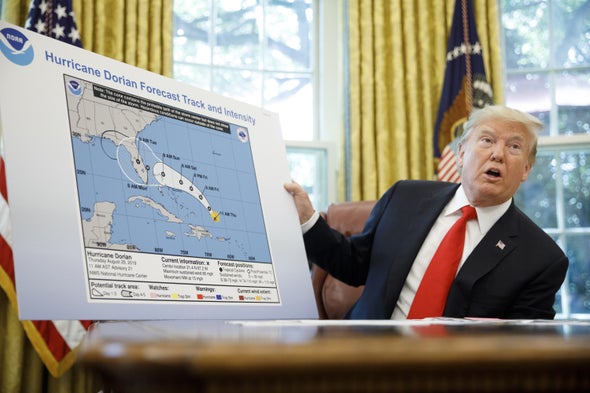 I was 18 when I started college at the University of East Anglia in England. I had just completed eight years at a British Army school in Germany. My parents dropped me off on campus with a couple of suitcases, a guitar and a box of condoms my dad surreptitiously handed to me (“You might need these, son”).

I soon gravitated to some challenging adventures. After joining the university’s climbing and caving clubs I began apprenticeships in the art of underground and aboveground suffering. Underground suffering involved painful squeezes through tight, cold and wet passages: Putting on a frozen wet suit and marching across frozen Yorkshire moorland. Diving through a small sump—a water-filled, U-shaped dip in a cave passage—and emerging in complete darkness on the other side. Descending a vertical shaft on a wire ladder while being drenched and battered by a waterfall. Good times!

The difficulties aboveground were more varied: Weekends in North Wales with never-ending rain and wind, flooded tents in the middle of the night and pre-Gore-Tex-era clothes that were never quite dry. Long mountain days on the island of Skye in Scotland, with boot-sucking bogs to traverse. Winter in Scottish snow-and-ice gullies, attempting to avoid both hypothermia and being impaled by the crampons of your falling climbing partner. Alertly dodging falling rock and falling ice. Trying to deal with hands cramped into death grips and with “sewing machine leg”—the uncontrollable trembling of calf muscles. Moving upward by jamming your fists, feet and knees (and sometimes even your head) into the vertical cracks in sandpaperlike millstone grit. More good times!

Eventually, caving seemed more masochistic than rock climbing. I focused on the latter and progressed to the next stage of my apprenticeship. Rather than simply holding someone else’s rope and being dragged up a climb like a sack of potatoes, I started leading. This was an entirely different experience. I was on the sharp end of the rope. I had to do the route finding; to place pieces of protection—metal wedges and “hexentrics” of varying shapes and sizes—that would reduce the distance of a leader fall. To calculate the forces that would act on those pieces of metal if I “came off” the rock wall. To make objective assessments of weather risks, rockfall, snow and ice conditions, and the capabilities of our climbing party. To decide when turning back was a better option than continuing. And most importantly, I had to learn how to trust my climbing partners and instill trust in them.

At the sharp end of the rope, there are no pollsters or media pundits to advise you. Your safety—and your success or failure—depend on your own skill, the skill of your partner, the trust and communication between you and that partner, the quality of the decisions you make and the accuracy of the information on which you base those decisions. There’s no room for alternative facts about the weather forecast. Either you are grounded in reality, or reality will ground you.

In 1995 I served as convening lead author of a critical chapter of the Second Assessment Report of the Intergovernmental Panel on Climate Change. After several years of work, the bottom-line finding of our chapter was 12 words: “The balance of evidence suggests a discernible human influence on global climate.”

This conclusion upset some powerful countries, companies and interest groups. I was investigated by the U.S. Congress. Only shortly after a time of ethnic cleansing in Bosnia, I was accused of “scientific cleansing.” There were calls for my dismissal from Lawrence Livermore National Laboratory. Quitting science looked like a pretty attractive option.

I didn’t quit. I had a responsibility to explain the scientific evidence for the “discernible human influence” finding. I had to clarify how hundreds of scientists reached this conclusion. I had to enter the public arena. I had to remember the lessons from my apprenticeship on British rock and ice. I had to lead.

Back in 1995 hiding was not an option. And it is not an option today. In the U.S., politicians make the incorrect claim that climate research is a hoax, a conspiracy. If you’ve spent your entire career trying to advance scientific understanding, you have a duty to push back against such misrepresentation. There’s little point in being a scientist if you’re unwilling to defend the technical work you do.

Earlier this month, the president of the U.S. made an incorrect claim about the likely path of Hurricane Dorian. He later used a clumsily modified forecast chart to bolster his original incorrect assertion. Rather than directing his full and undivided attention to the issue of saving lives, the president focused on proving to the nation that he is a better forecaster than National Weather Service scientists.

Such behavior is not leadership. The man at the sharp end of the political rope is not moving calmly, deliberately and skillfully over difficult terrain. He is randomly wandering at the edge of the precipice. He is not making hard decisions on how to deal with the problem of human-caused climate change. His decisions exacerbate the problem. This country is not stronger or safer after withdrawing from the Paris climate accord, weakening fuel-economy standards, rolling back the Clean Power Plan or relaxing restrictions on methane emissions. The world is not better or safer.

The Sharpie-altered forecast chart displayed a “cone of uncertainty” for Dorian’s track. The real “cone of uncertainty” encompasses the future leadership of the U.S. Will our leadership be fact- and reality-based and recognize the seriousness of human effects on global climate? Or will it embrace ignorance with open arms and alter facts to fit today’s political narrative? If our leadership fails, we all have a long way to fall.

What Are The Mental Health Benefits Of Rock Climbing?

July 12, 2019 Arpit Arpit Comments Off on What Are The Mental Health Benefits Of Rock Climbing?