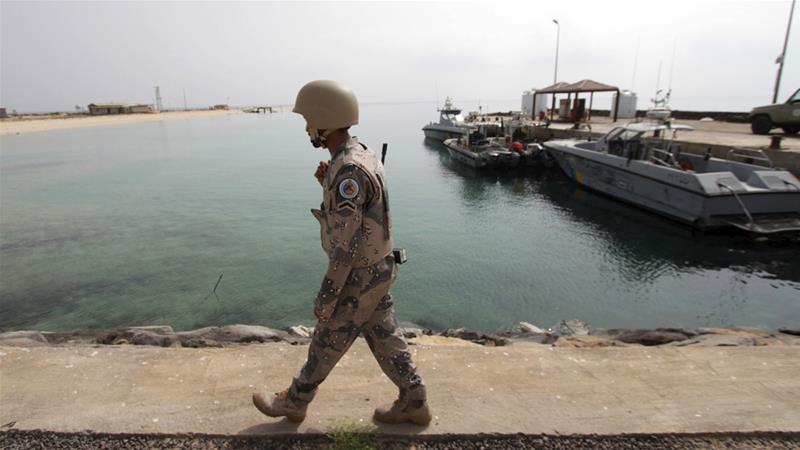 The Saudi-led coalition has intercepted and destroyed an explosives-laden boat launched from Yemen by Houthi rebels, a military spokesman for the coalition said.

Colonel Turki al-Malki, spokesman for the coalition fighting the Houthi rebels in Yemen, said Thursday’s foiled attack represented a further threat to regional and international security and the safety of maritime routes and international trade in the Gulf.

The incident follows the September 14 attack on two Saudi oil installations that was claimed by the Houthis. The United States and Saudi Arabia said the attack was sponsored by Iran.

“The coalition’s naval forces detected an attempt by the terrorist Houthi militia backed by Iran to carry out an imminent act of aggression and terrorism south of the Red Sea using an unmanned, rigged boat … launched from Hodeidah province,” Malki said in the statement without specifying the intended target.

There was no immediate confirmation by the Houthis.

The Saudi-led coalition, backed by several Western powers, intervened in Yemen’s civil war in March 2015 after Houthi rebels toppled the internationally recognised government in the capital of Sanaa the previous year.

The Houthis have threatened to increase attacks on Saudi Arabia and have targeted vessels off Yemen, which lies on one side of the Bab al-Mandeb strait at the southern mouth of the Red Sea, one of the world’s most vital oil tanker routes.

In July 2018, the group attacked two Saudi tankers in the Red Sea, one of which sustained minimal damage.

Riyadh responded by temporarily suspending oil shipments through the strait, which the Houthis have in the past threatened to block.

The civil war in Yemen has killed tens of thousands and pushed millions to the brink of famine.

Trio died when boat off Shoreham was almost ‘run over’

December 3, 2019 Arpit Arpit Comments Off on Trio died when boat off Shoreham was almost ‘run over’