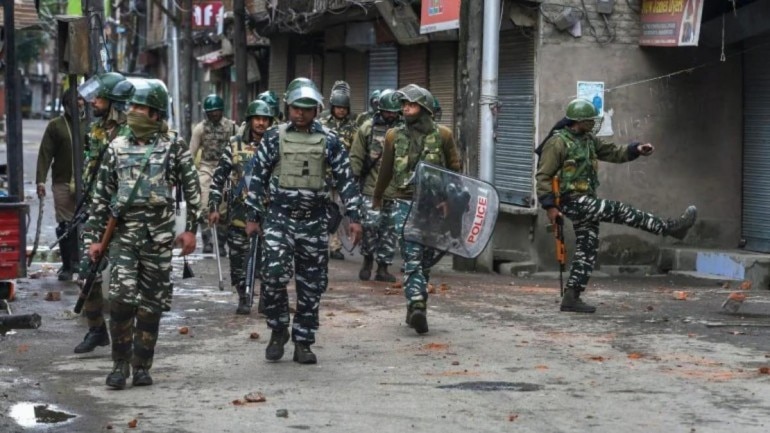 The United Kingdom, Germany and Australia on Saturday issued a travel advisory to their citizens against travelling to Jammu and Kashmir (J&K), a day after the state administration issued a security alert in the Valley, citing intelligence inputs on terror attacks, specifically on the Amarnath Yatra pilgrims.

The J&K government on Friday asked the Amarnath Yatra pilgrims and the tourists to curtail their stay in Kashmir and leave the Valley as soon as possible. The government’s security advisory was issued hours after the Indian Army said that Pakistan terrorists were plotting to carry out an attack on the pilgrimage.

According to the reports, the British High Commission in New Delhi is also monitoring the situation in Jammu and Kashmir.

The UK travel advisory to its citizens read: “Foreigners remain vulnerable in rural districts and outside the main population centres and tourist areas. There is a risk of unpredictable violence, including bombings, grenade attacks, shootings and kidnappings.”

Germany, too, has issued a similar advisory to its citizens in India or are travelling to India. The advisory “strongly discourages travel to Kashmir”.

“Travel to the Kashmir area, including Srinagar, is not advised. Keep yourself informed about the security and infrastructure situation. Be especially careful when travelling to the western parts of the Ladakh region. Do not travel alone or with an unidentified guide through these areas, stop by car and do not camp in secluded spots. Avoid the immediate border areas with Pakistan and the People’s Republic of China in Ladakh,” the Germany government’s advisory to its citizens read.

Minutes after the UK and Germany issued a travel advisory to its citizens, Australia, too, advised its citizens to not travel to Jammu and Kashmir.

“We advise against all travel here due to the very high risk. If you do travel, you should typically seek professional security advice. Be aware that regular travel insurance policies will be void and that the Australian Government is unlikely to be able to provide consular assistance,” the Australian government’s travel advisory read.

Up Close With Serena Williams: Her Travel Obsession And Her Latest Side Hustle

November 12, 2019 Arpit Arpit Comments Off on Up Close With Serena Williams: Her Travel Obsession And Her Latest Side Hustle